Great paper on the linguistic evolution and uses of gender…

THE MORPHOLOGY OF GENDER IN HEBREW AND ARABIC NUMERALS

Since Hosni Mubarak’s government fell last year, many of Egypt’s museums have been looted.

And the looting has gone beyond museums — now criminals are digging up archaeological sites and stealing their treasures.

Anchor Marco Werman speaks with Carol Redmount, an archaeologist at the University of California, about her efforts to stop the looting in Egypt.

Redmount described the looters stealing from El-Hibeh’s archaeological dig as “essentially a gang of criminals, headed by a master criminal, who escaped from jail after the revolution.”

In set theory, an infinite set is not considered to be created by some mathematical process such as “adding one element” that is then carried out “an infinite number of times”. Instead, a particular infinite set (such as the set of all natural numbers) is said to already exist, “by fiat”, as an assumption or an axiom. Given this infinite set, other infinite sets are then proven to exist as well, as a logical consequence. But it is still a natural philosophical question to contemplate some physical action that actually completes after an infinite number of discrete steps; and the interpretation of this question using set theory gives rise to the paradoxes of the supertask.

Tristram Shandy, the hero of a novel by Laurence Sterne, writes his autobiography so conscientiously that it takes him one year to lay down the events of one day. If he is mortal he can never terminate; but if he lived forever then no part of his diary would remain unwritten, for to each day of his life a year devoted to that day’s description would correspond.

via Paradoxes of set theory – Wikipedia, the free encyclopedia.

IMSLP stands for International Music Score Library Project. The logo is a capital letter A, taken from the very first press-printed book of polyphonic music, theHarmonice Musices Odhecaton, published in 1501. Its printer, Ottaviano Petrucci, is this library’s namesake.

The tablet to the right (CBS 16106) contains on the top surface the impression of a diorite brick stamp said, in the neo-Assyrian inscription on the reverse surface, to have been found by a scribe in Naram-Sin’s palace in Agade, the capital of the Old Akkadian empire (ca. 2300 and 700 BC, respectively). The lower image offers a mirrored representation of the original stamp, in the orientation in which it would have been read in lines from top to bottom, and from right to left (click image to be directed to the text’s corresponding CDLI page). 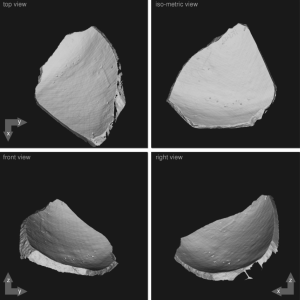 Vasilenko now lives in Hackney and works as a freelancer photographer.

“It originally didn’t have a name, but people began to call it A girl and a dog”, he told The Register.

At first he was flattered to be included alongside one of the greats.

“I like Cartier-Bresson. But when I saw how many times it’s been reposted, and credited to him, I was less happy.”